Updates from a Traveller

Recent significant updates on my Australia Council for the Arts funded activities:

27/8 Entered WNYU studios with Henry Flynt to record two of his pieces including his classic Banjo Country piece found on the Spindizzy album. More on this soon but here is a photograph from the morning session. 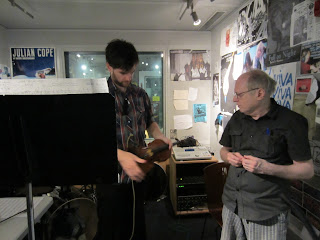 Henry and I discussing timbre before recording a relatively new work of his. Once the recordings have been worked with they will no doubt appear somewhere.

I will be playing a little solo set on acoustic violin at ABC No Rio in Downtown Manhattan on Sunday 30 August for their Sunday C.O.M.A series. DETAILS 7PM start. I'm on first. I will be performing an improvised acoustic set that reflects where I'm at at the current time in my approaches to improvisation, texture, composition and will be a lot like the sort of work coming out on a new tape I've put together for CABIN FLOOR ESOTERICA records. This tape will hopefully come out toward the end of the year.

Come along and say hi if you're lurking about the lower east side on Sunday.

This work has all been made possible by the Australia Council for the Arts.


An excellent video featuring Jon Rose on violin of course, and Ilan Volkov, a seeming true champion of new music of all kinds, conducting.

In other news - Here's a review of The Dissident Arts Festival from local NY music mag DooBeeDooBeeDoo. Some favourable words said about yours truly.

This time round sat in with John Pietaro's Literary Warrior Project, playing with John reciting poetry and playing percussion and with John's partner Laurie Towers on bass and the mighty Ras Moshe on sax and flute. It's been recorded for posterity....somewhere...all happened at The Shapeshifter Lab in Brooklyn. 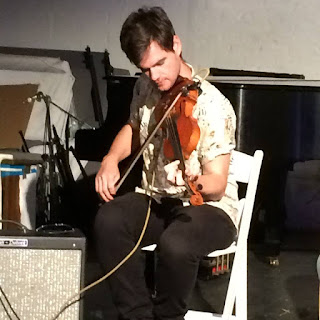 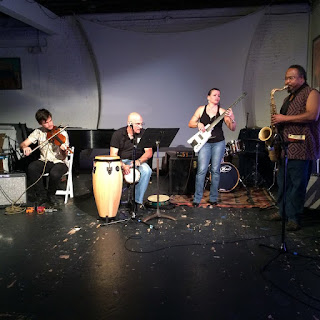 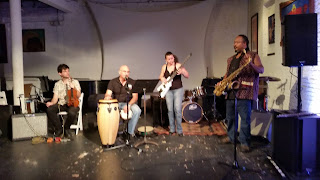 And below another shot from Day 1 of the festival with me jumping up to play a free improv piece with The Red Microphone...Rocco Iaccavone tearing it up there with John Pietaro in the background reciting. 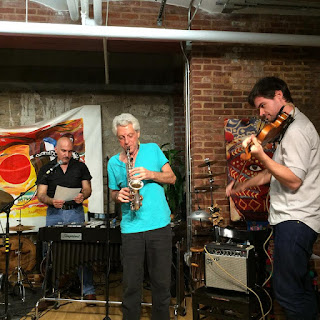 AND last but not least yesterday (17 August) I had my first rehearsal with Henry Flynt. More on this soon. Here's a photo of me and he at our meeting place in downtown Manhattan... 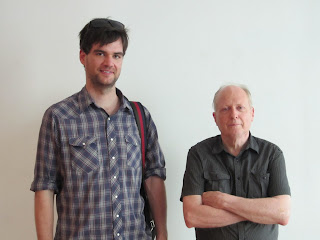 Will reflect further on our meetings when time etc. permits.
Until next time...

First night of the Dissident Arts Festival happened last night at El Taller in Uptown Manhattan. Took my fiddle along just in case and ended up sitting in with The Red Microphone for a free improv piece and had the immense pleasure of accompanying Rocco Iaccavone and legendary beat poet Steve Dalachinsky for an epic recitation that I was almost scared to play under... 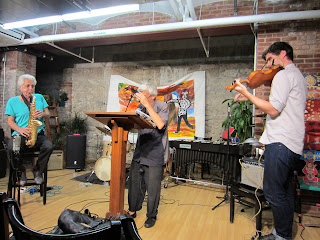 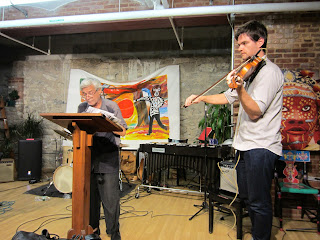 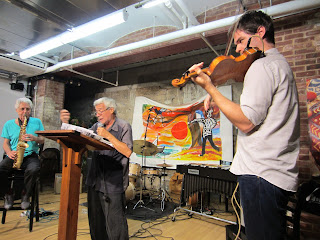 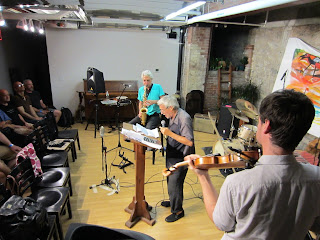 Second night of the Dissident Arts Festival is tonight in Brooklyn - my current home - at The Shapeshifter Lab. The concert will be streamed live to air. DETAILS FOR THAT HERE. I'll be getting up with John Pietaro's Literary Warriors Project at the very least. Come down and don't hesitate to say hello if you're in the area.

This trip has been made possible by The Australia Council for the Arts.

You will find me at this this weekend.... 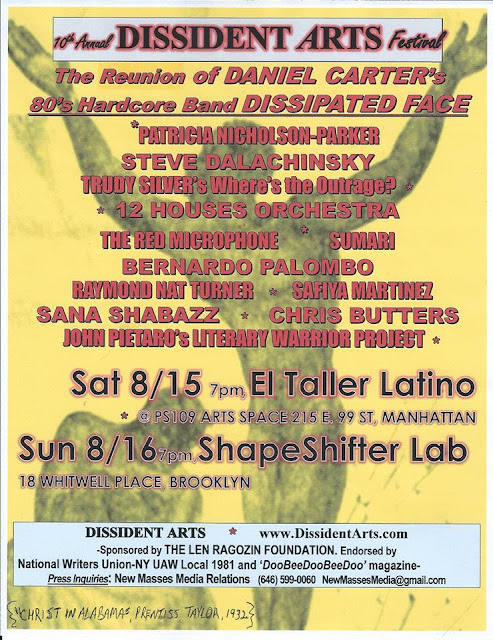 I will be departing Australia on Thursday to explore various aspects of my practice and theoretical work in NYC, Finland, France and Senegal. Will keep all posted via this avenue. The next post I'll put through will be from my encampment in Brooklyn...more soon.


My trip overseas is made possible by the Australia Council for the Arts.
Posted by Adam Cadell at 19:31 No comments: