This is coming up before I head out on my trip. Please note this blog will become more active during my travels and you should tune in should you wanna find out what I'm up to...or at least what I'm willing to share.

Brisbane and desperados willing to spend money to come here to see this take note of the poster. TICKETS FOR PRE-SALE AVAILABLE HERE. 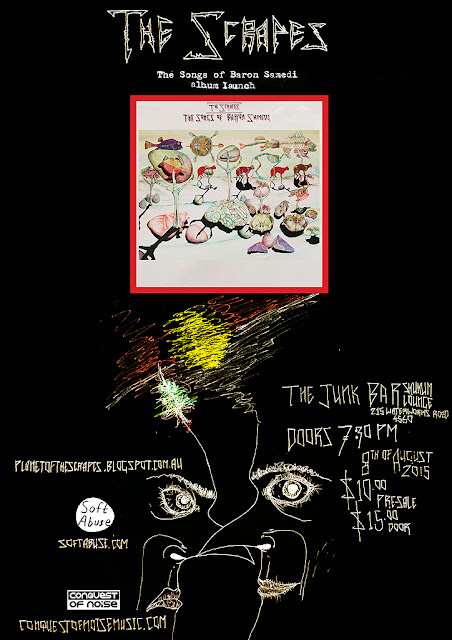 Poster by Reuben A. Warburton.
Posted by Adam Cadell at 16:26 No comments:

Transmission from a Traveller

Dear readers of this thing whatever it is... I am pleased to say that very soon I shall be doing some serious travelling and this blog will come alive with some of my experiences during this period.

Thanks to some generous funding from the beleaguered Australia Council for the Arts (#FREETHEARTS) I will be setting off firstly to New York City where I will study the scores and fiddle music of Henry Flynt with the man himself. I will then be attending the Minimalism Unbounded! conference in Helsinki and Turku, Finland. It's organised by the Society for Minimalist Music and I will be presenting a paper called "Radically Quiet". You can only guess at what that's about, but hey perhaps it will be published soon and you can read it like the time-wasters you are. I'll also be checking out some no doubt incredible performances of works by Phill Niblock while I'm there, performed by local artists such as the cellist Juho Laitinen, whose writings and works are well well worth CHECKING OUT.

After Finland will be a brief stopover in Paris where I will soak up the inspiring surrounds, before heading on to Dakar, Senegal and up north to Saint-Louis where I will be an artist-in-residence for 2 months at WAAW SENEGAL, an artist residence run by a mostly Finnish arts collective. There I will get immersed in the local music, and in particular the riti fiddle, an instrument not unlike my trusty gondze. 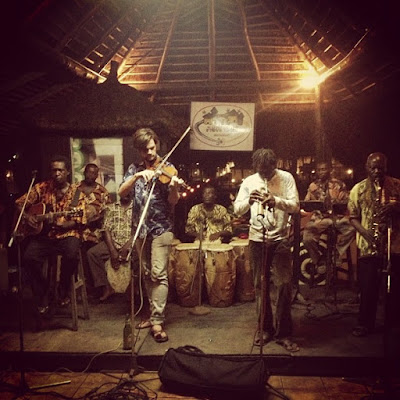 Photos, recordings, musings, the lot will get posted on here as I go along.

These projects are made possible by an AusCo Individual Development Grant, and an AusCo ArtStart Grant. This project has been assisted by the Australian Government through the Australia Council for the Arts, its arts funding and advisory body.