In 1969 Fluxus enfant terrible Bruce Nauman performed a work in response to La Monte Young's X for Henry Flynt. It involves the playing of a violin tuned D - E - A - D with quick marcato bowstrokes once a second for an hour or so...sounds like some kind of torture on one level but is a fascinating thing nonetheless. Here is a little snippet from a video of a performance of it by the man himself...

Just found this fantastic video of a performance of Tony Conrad:

Truly looking forward to his performance at the Melbourne International Jazz Festival in a few weeks.
Posted by Adam Cadell at 21:12 No comments:

Found this little gem over at Savage Saints Blog:

Iva Bittová was born on 22 July 1958 in the town of Bruntál, Czech Silesia, in what was then the Republic of Czechoslovakia. The second of three daughters, she grew up in a musical family where her father Koloman Bitto (Hungarian: Bittó Kálmán), a famous musician of Hungarian–Romany origin from southern Slovakia, played guitar, trumpet and double bass in folk and classical ensembles, and her mother Ludmila Bittová (née Masařová) sang in professional vocal groups. As a child, Bittová took ballet and violin lessons in Opava and played child roles in the Silesian Theatre of Zdeněk Nejedlý. When her family moved to Brno in 1971, she dropped music in favour of drama and studied at the Brno Conservatory. For the next ten years, Bittová worked as an actress, appearing in several Czech feature films and Brno television and radio productions.

In the early 1980s, Bittová returned to music and studied violin under Rudolf Šťastný, professor of Janáček Academy in Brno. She had received her vocal training while at drama college and quickly developed a unique way of singing and playing the violin. In 1985, Bittová collaborated with percussionist Pavel Fajt from the Czech rock group Dunaj and recorded Bittová + Fajt, a fusion of alternative rock music with Slavic and Romani music. She then recorded a few solo EPs in 1986 and sang with Dunaj for the next few years. Her breakthrough came in 1987 when she and Fajt recorded their second album Svatba (The Wedding), which was released internationally by Review Records. This attracted the attention of English percussionist Chris Cutler of Recommended Records, who re-issued Bittová + Fajt internationally. The duo also attracted the attention of English avant-garde guitarist Fred Frith, who featured them in a documentary film on him, Step Across the Border (1990), which gave them their first broad international exposure and a tour outside of Eastern Europe.

Bittová recorded her first full length solo album Iva Bittová in 1991, followed by River of Milk, her first United States release. In 1997, she began exploring classical music with a series of concerts and recording an album of Béla Bartók's violin duets with Dorothea Kellerová. She collaborated with Vladimír Václavek to record a double album Bílé Inferno (White Inferno) in 1997, and the success of this release lead to Bittová and Václavek establishing Čikori, an association of musicians involved in improvisational music.

Bittová has performed with a number of avant-garde musicians internationally, including Fred Frith, Chris Cutler and the late Tom Cora, and has given solo concerts across the world. Bittová lived in the village of Lelekovice near Brno with her two sons, Matouš and Antonín. She now resides in Rhinebeck, New York, with her son Antonín.

Bittová's music is a blend of rock and East European music which she describes as "my own personal folk music". Her violin playing mixes different techniques, including playing the strings with various objects and plucking them like a banjo. Her vocal utterances range from traditional singing to chirping, cackling and deep throat noises. She puts her whole body into her performances, drawing on her theatrical skills.AllMusic.com writes: "Her irresistible charm, original use of voice, and fondness of melodies that sit on the border of avant-garde and playground nursery rhymes won her devoted fans around the world." 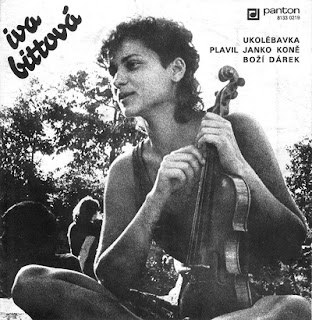 Not a fan of giving away my fellow fiddle player's music but damned if I know where the fuck you'd find this one in a shop in my neck of the woods...probably get it for fifty million dollars on ebay if you're lucky!

Text was pinched from the brilliant savage saints blog:  http://savagesaints.blogspot.com
Slava!
Posted by Adam Cadell at 16:45 No comments: 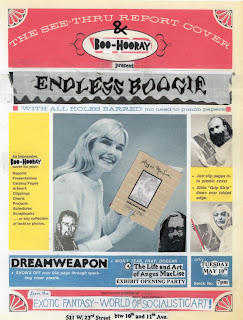 New Yorkers this is a great opportunity for all of you to see some amazing art and hear some great performances of the music of Angus MacLise, original drummer for the Velvet Underground, The Theatre of Eternal Music and collaborator with underground violin fiends like Tony Conrad, Henry Flynt etc.

Check this video out:

And have a listen to this stuff. Boo Hooray are selling it in limited vinyl editions...I bought some....can't fucking wait!

Found this bad boy on Youtube. Apprently a tour only release from a Conrad tour in 1995.

My Tony Conrad-related interweb journeys recently took me to this site:

Therein is a brilliant on-air performance by Conrad, Edley O'Dowd and Genesis P-Orridge...well worth your time...another place to find some online Tony Conrad freeness is here: 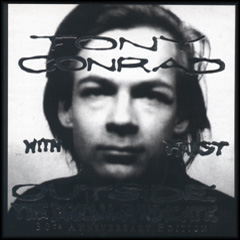 Conrad will be appearing at the Melbourne International Jazz Festival on not one but two occassions in June so go on over to the Melbourne Jazz festival site and buy some goddamn tickets. Do what you can to be there. Faust are playing too. Nothing more needs to be said I should hope.
Posted by Adam Cadell at 19:32 No comments:

Various activities of your humble narrator...

This is a new blog by me Adam Cadell, resident of Australia and violinist in duo The Scrapes

as well as a bunch of other things. This blog shall be a platform for me to rant about my own work outside of The Scrapes et al, most particularly my research into Underground Violin performance and my work as a performer of my own and others compositions.

There will most likely be free stuff from time to time and plenty of tips on where to find...stuff....